In the pristine beauty of the Alburni Mountains, in the heart of Cilento, Vallo di Diano and Alburni National Park, the mineral waters of the river “Sammaro” flow from perennial spring at the foot of Mount Motola, in the small town of Sacco, in the province of Salerno.

The clear and uncontaminated waters of the river “Sammaro” gently pours more than 10 hectares of the Mangieri Eucaris farm.

A place suspended in time that preserves the purity of one of the most wild and uncontaminated territories in Southern Italy. The source of “Sammaro” River has breathtaking colors, icy and pure waters, and an enchanted cave with peculiar and spectacular colors.

Here there is the source of the mineral water that pours the land where our olive trees grow and our oil is produced.

For more than five generations the history of Mangieri Eucaris’ family is inextricably bound with this territory. A bond that has strengthened even more since the grandfather Antonio decided, on his return from the war, not to seek fortune in the United States, as his brother, but to remain tied to what had become a place of his soul, despite of the difficulties and limits of this territory, especially following the 1980’s earthquake.

Following his example, the sons Guglielmo and Raffaele could not do anything else but commit and sacrifice themselves to perpetrate the dream of their father Antonio, to create a modern farm, based on the principles of innovation and continuous research of qualitative excellence in producing extra virgin olive oil.

Now it is up to Antonio's grandchildren to preserve and continue the family tradition: the care of olive trees, whose fruits, processed with the classic method of cold pressing, give life to an oil with very low acidity and incomparable organoleptic characteristics. 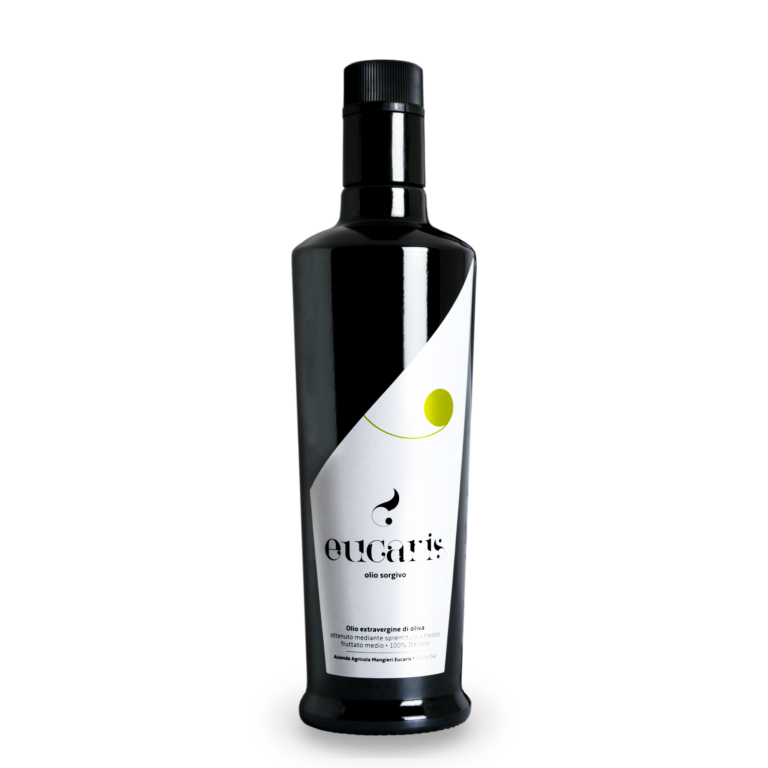